Starting with the design, the Neo Smartpen N2 looks like any regular pen and your co-workers are not going to eyeball you. It stands out when you get close, though. Also, the pen is light and hard to believe that there is so much in it! There is a triangular design to the pen which is comfortable to hold. That along with the weight of the pen makes it comfortable to use, just the way you would use an ordinary pen. 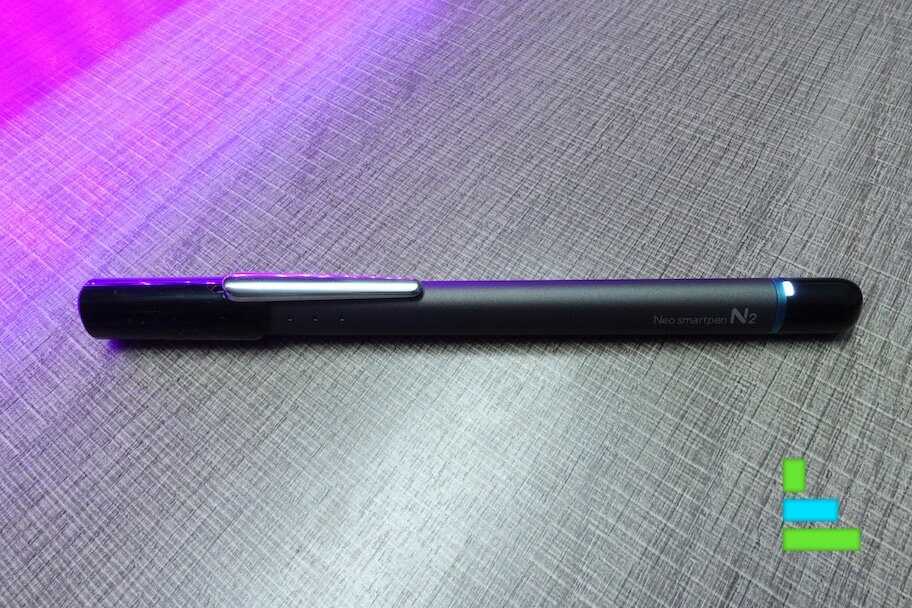 On the top, there’s a button to help pairing and turn ON the pen. On the other side, there is a small light which is an indicator to show the pen is ON and is used for other things as well. Above that, there’s is a Micro-USB port which is used for charging the pen which lasts for about 100 pages on a single charge.

To use the Neo Smartpen N2, you’ll need a special paper along with the pen. This paper is filled with small patterns which are not very visible. The pen has a small camera which recognises these patterns and reads the movement of the pen. The pen works with a normal Zebra refill when used activates the camera. The camera takes 120 pictures-per-second at 1100DPI to record the pattern on paper with a high level of accuracy. The pen can sync to the phone app in real time, but it also has internal storage to save the notes in case you want to sync later. It has an internal storage of 90MB which can store up to 1,000 pages to be synced later. All of this tech is powered by an ARM 9 Dual Core processor inside the pen. For the battery, it is a rechargeable Li-Polymer 3.7V 300mA which lasts 100 pages or about 5 hours and takes 2 hours to recharge. For connectivity, the pen uses Bluetooth 4.0 on top of the pen to assure fast and accurate connectivity. The pen automatically turns off when it is inactive, saving battery and turns on when you write. 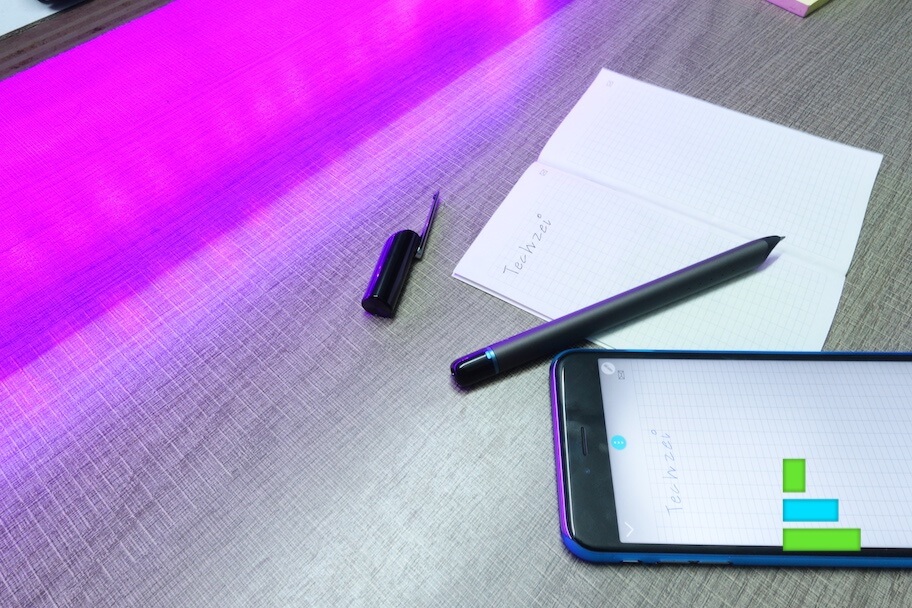 Although the pen requires special paper to use it, the company is not looking to make money from it. The notebooks are inexpensive and there’s also one from Moleskine. To make things even better, you can download the template for free and print them if you want to. This paper will work perfectly fine with the pen.

To connect the pen to your mobile device, download the app which is available for both iOS and Android. Then turn ON Bluetooth on the device and hit pair on the app. It takes a few seconds for pairing to complete and once paired, the notes sync in real time.

The core part of the pen is its app. The first thing you see inside the app is all the books you have. These are the books which are compatible with Neo Smartpen and the moment you start writing on those notebooks, they come up on the app. The Neo Smartpen is ideal for both taking notes and drawing. Once a note has been made, it can be transcribed and can also be converted to multiple languages. My handwriting is not the best, but the accuracy of recognising that handwriting of mine is impressive. The app also offers a lot for the artists. There is a colour picker tool which changes the colour of your strokes on the app. The RGB LED on the pen also changes it’s colour to the colour you just chose. You’re still drawing with the same colour on the notebook, but the colour of the same stroke is different on the app. Also, there is a brush size tool which can determine how thick each stroke will be. 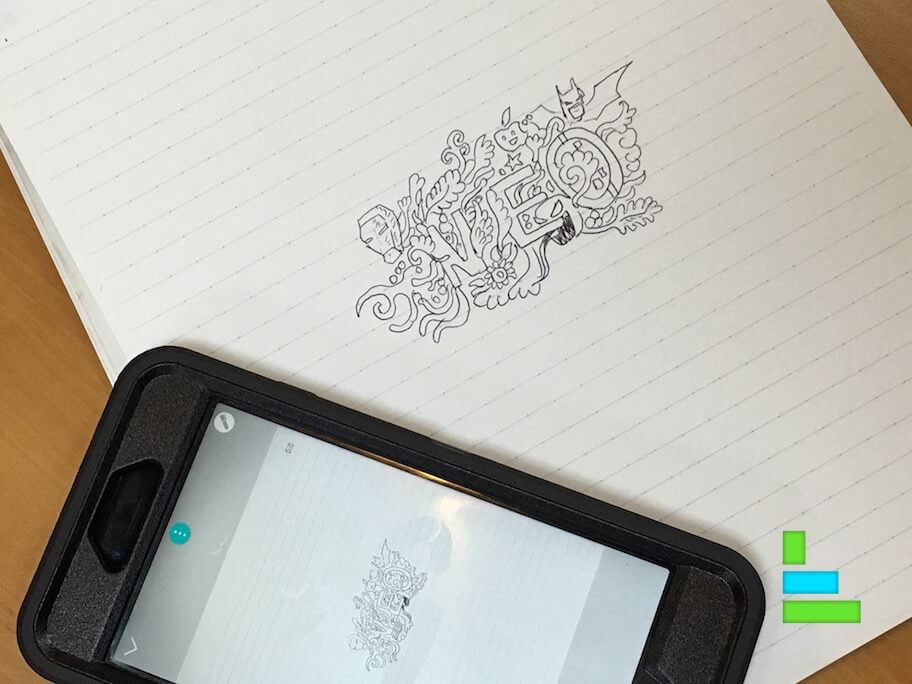 Along with these tools, the app offers more ways to interact with the pen like setting the pressure sensitivity of the pen and checking the battery level of the pen. The app also offers Evernote Sync which automatically syncs with Evernote. It creates a separate notebook and syncs each page as a photo in that notebook. But remember, if you want to use this feature, make sure you have Evernote Plus or Evernote Premium because it takes up a lot of space and the meagre 60MB in the free tier is not going to cut it.

Straight off, personally I felt the Neo Smartpen N2 to be one of the best tool I’ve ever used to make analog writing digital. My workflow starts with the conception of an Idea on a notebook and then taking it to Evernote, finishing it up there. The frustration with this process is that that I have to make sure I’m carrying the Notebook with me always and it is hard to get work done when I don’t because all my ideas live there.

Another problem with maintaining physical notebooks is that I can carry one or a maximum of two notebooks at a time. For notes recorded with the Neo Smartpen N2, I have all my notebooks with me all the time which is great!

The Neo Smartpen N2 is also amazing for artists. I let me friend Karthik Arvind Kumar(Check out his work here) borrow my Neo Smartpen for a while to see what he could come up with. He found the pen to be impressive. Every other way to draw is still too digital. With Neo, you do a natural paper drawing and yet it is digital! This is much better than a drawing tablet or an Apple Pencil because you get to draw on an actual paper here. 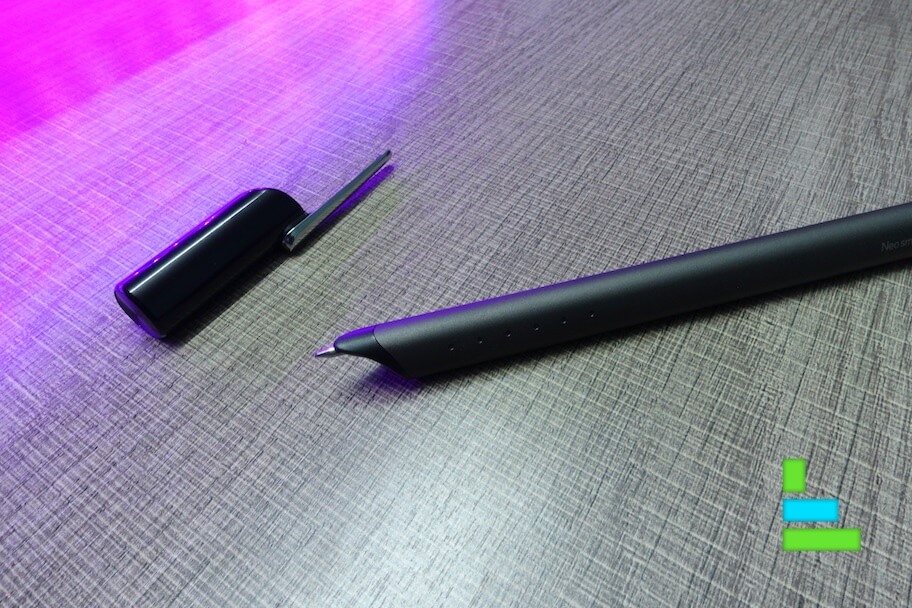 I’m sold on the idea of Smartpens now with Neo Smartpen. The Neo is a bit on the expensive side, but it serves a very Niche market. The pen itself costs $169 and it comes in two different colours: White and Black. For taking notes, you can either print your paper which is free or buy complete notebooks which are inexpensive. Though it costs this much to get started, if you are the target audience like I am, it is entirely worth it! There is just so much to this smartpen and the execution is flawless, making it the first smartpen which is worth getting and practical enough to be using every day. Click here to buy the Neo Smartpen N2 from their website or here to buy it from Amazon.

Visit our support page.
See our list of topics to get help.